The Agriculture, Irrigation and Cooperatives is one among 13 departments in Babati Town Council and comprised of three sections namely Agriculture, Irrigation and Co-operatives. The department requires a total number of 28 staff for its three sections. Currently there are 17 agricultural staff and 3 cooperative officers with a deficit of 7 agricultural staff and 1 co-operative officer.

Agricultural activities in the council are the major economic income generating which employ and engage over 75% of the urban manpower through cultivation of both food and cash crops, processing and marketing agricultural commodities, distribution and selling of inputs, agro- mechanizations supplies, trading of produces, recycling and marketing agro processed by-products, etc. The Major food crops produced and traded are Maize, Pigeon peas, Banana, Beans, sorghum, cassava, vegetables and sweet potatoes, and cash crops produced are sunflower, lablab, Simsim, edible Mushroom and Coffee.

Core functions of Agriculture section are:

Soils in the Council are characterized with volcanic origin ranging from loam to clay alluvial soils. The soil profile is entrenched with dark brown layers of Lava which make them extremely vulnerable to soil erosion. Within the layers light-colored sandy soils which are dominant features. Black cotton soils are predominant in various depressions and escarpments in the council. All these soils are characterized by significant humus levels which makes it potential for wide range of agricultural production.

The Council generally receives bimodal rainy patterns; short rains from October to December and long rains from March to May. The rainfall ranges between 600mm and 1200 mm annually with an average annual rainfall of 831. However, there are instances of variation in the rainfall and temperature trends which are largely ascribed by climate changes. As well, re-occurrence incidences of floods and extended drought periods are due to untrustworthy climatic circumstances.

Crop production in the Council is attributed to the existing agro-ecological zones of which there are differences in rainfall amount and pattern, landform, soil types and practices in land use. The council area can be divided into three Agro-ecological Zones as described below.

The major functions of irrigation section are:

The main responsibilities of Co-operatives section is to sensitize, organize, register pre- and Co-operatives societies, promotion, inspection and mobilization of rural savings and credits societies and conducting financial audit to co-operative societies in the area. Others are, to capacitate farmers with knowledge and skills of crop marketing and preparation and presentation of reports on progress of implementation of its core responsibilities. 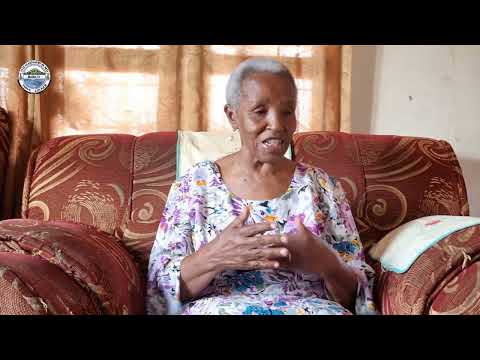